Ben is the food blogger in the family and I don’t want to step on his toes. However, the other day I made ratatouille and I need to talk about it.

Not about the ratatouille, really. It was an ok attempt. I had superior ingredients to work with: the vegetables all came from market stalls and bought that morning, the herbs were picked fresh from my mom’s balcony. The space I was working in left something to be desired. The kitchen in our rental is very tight and doesn’t have enough counter space. 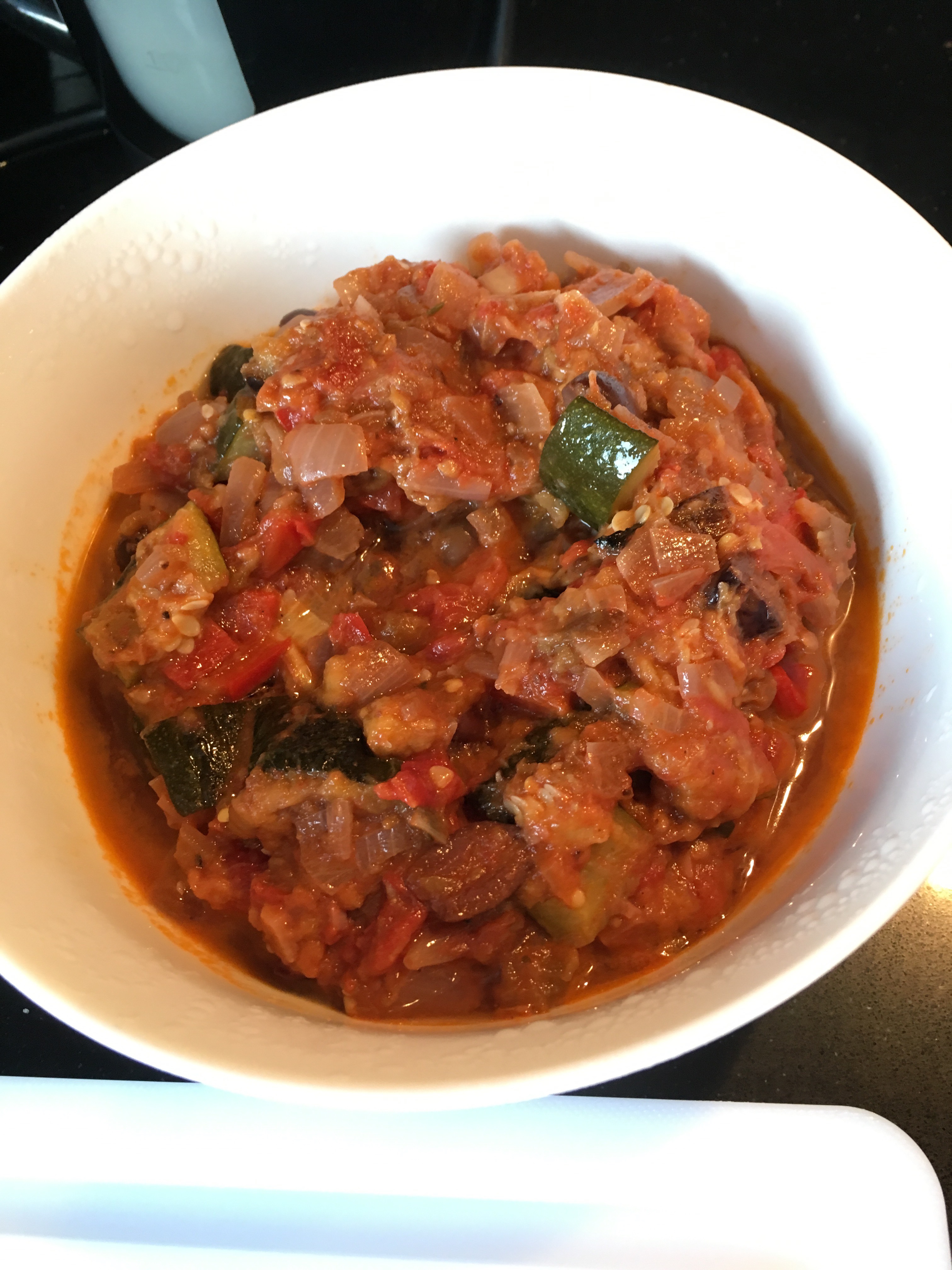 But the part I actually want to write about: the induction cooking surface. I have been wanting one for years. At home we have an electric range, and I kept hearing that short of gas, induction is The Best. It’s supposed to allow for better temperature control and easier cleaning, since it’s one flat surface.

Except reality did not match my expectations. Reality was the touch controls only responded some of the time. They responded even less when my hands were wet. And what if I had an oven mitt on?

At one point one of my pots had to be taken off the heat but then ALL THREE burners stopped until I manually turned them all back to the temperature I wanted.


End result: I had much less control, everything took longer to do, everything took multiple touches to accomplish. I was jabbing my finger down repeatedly and increasingly angrily to little effect. For instance, to change the temperature on a burner you had to: select the burner by pushing repeatedly on the “burner” button. Look at the screen to detect a brighter indicator on the desired burner. Then push the + button repeatedly until getting the desired temperature. In other words: about 10 steps and full eye attention for the entire procedure. Whereas on my crappy electric burner at home I can just feel for the right dial and turn it a bit, even with wet hands or an oven mitt.

Moral of the story: try before you buy. I’m glad I did, cause induction cooktops are dead to me now.