Looking at the news these days, I find my blood pressure spiking as my anxiety goes through the roof. It seems to be a widespread problem, but that’s little consolation. I’ve got hypertension and anxiety to begin with, and there’s only so much medication can accomplish.

Like many academics, I’ve had an active presence on Twitter for the past few years. But I just *cannot* right now. So I’m left with a tough dilemma. 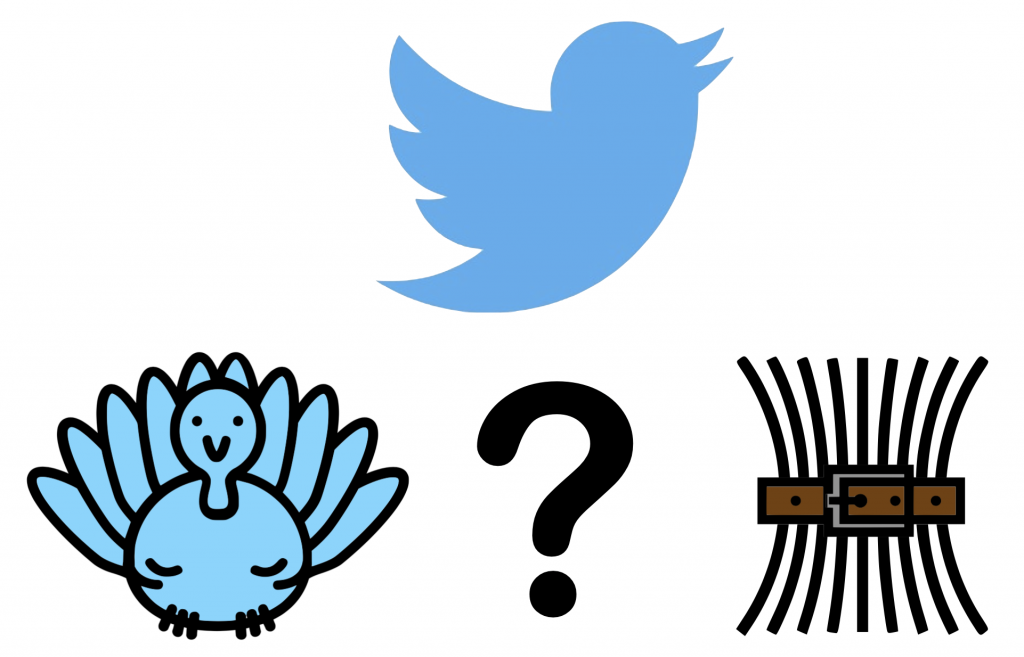 On the one hand, I don’t want to bury my head in the sand. On the other hand, Twitter isn’t good for my mental health. Unlike others, I haven’t been directly attacked. (Other than one memorable instance when I was called a fascist for a zoning opinion, which WOW!!) The problem for me is that Twitter is echoing my worries to the point where I am becoming paranoid.

After the election, I left Twitter for a couple weeks. Last week, I took another break, currently without an end date, but already I find myself peeking and am seriously considering deleting Tweetbot from my devices.

Before you ask: yes, I tried cutting down on political Twitter accounts in my feed. I also tried limiting my time on Twitter. Neither of these have worked, not that I expected them to.

I’m a TERRIBLE dieter. Ask me to quit something cold turkey, and I can do it: I stopped smoking the day I graduated from college, from one pack a day (don’t smoke, kids! It’s terrible for you, it’s crazy expensive, and it’s a beast to quit.) Before that, I had tried cutting down for years, but one a day would morph back into one pack seemingly overnight. Similarly, I quit Facebook about three years ago. Weird comparison, you say? Well, yes and no. Facebook didn’t cost anything (except my privacy) and didn’t harm me physically, but it was making me miserable. Too much conflict from people I care about, and also too much “keeping up with the Joneses”. So I quit. I miss a few people, but on balance it still feels like a good decision.

But you can’t do that for everything. This is exactly why I can’t cut down on chocolate. Quitting is OUT OF THE QUESTION, and clearly I’m not very good at moderation. Another thing I don’t want to quit is Twitter. It is a fantastic source of information, it’s got multiple communities I would otherwise be missing, not to mention it’s my favorite procrastination tool.

Plus I think Twitter embodies the “Open Learning” ethos. Anyone can follow me, whether they’re student, faculty, or anything else. The lack of boundary between professional/political/private also appeals to me. When I was in college, my profs were complete mysteries to me. I prefer being an open book: hopefully, it makes me more approachable.

While I’m on a Twitter break, I’ve still got Instagram, but that’s pretty much all pics of my kids. I’ve got this blog, but a handful of people are reading this (hello!), compared to the much more numerous potential readers on Twitter.

All this to say: I don’t know what to do. Any advice?

One thought on “Cold Turkey?”