I’ve been in Paris for almost three weeks now, and my students have been blogging assiduously since then. I figured it was time I did the same. No more excuses (though the heat wave we had when we arrived was as good an excuse as one can get. That was miserable.)
Coming back to Paris, I’m constantly reminded of all the small differences with the U.S. Some of these I never actually got over. For instance: I still use 24 hour time rather than am/pm, and I still have to think about writing month/day/year every time I date something. After 23 years in the U.S., I doubt that’ll change. Still, those differences are not BETTER, just different. And in some case I even adapted! For instance I grok mph and degrees faranheit, though it took a while.
But then there are small differences here that are better, and being focused on the built environment I can think of a few that I really wish would make their way across the Atlantic. For one, door handles here are almost all the lever model where in America we tend to favor knobs. My own house, for instance, has nothing but knobs. But knobs are particularly unpleasant for people with limited dexterity. If you have arthritis, for instance, or just if your hands are wet, I bet you would prefer a lever. This is a small part of “universal design” that’s taken for granted here but has a long way to go in America. 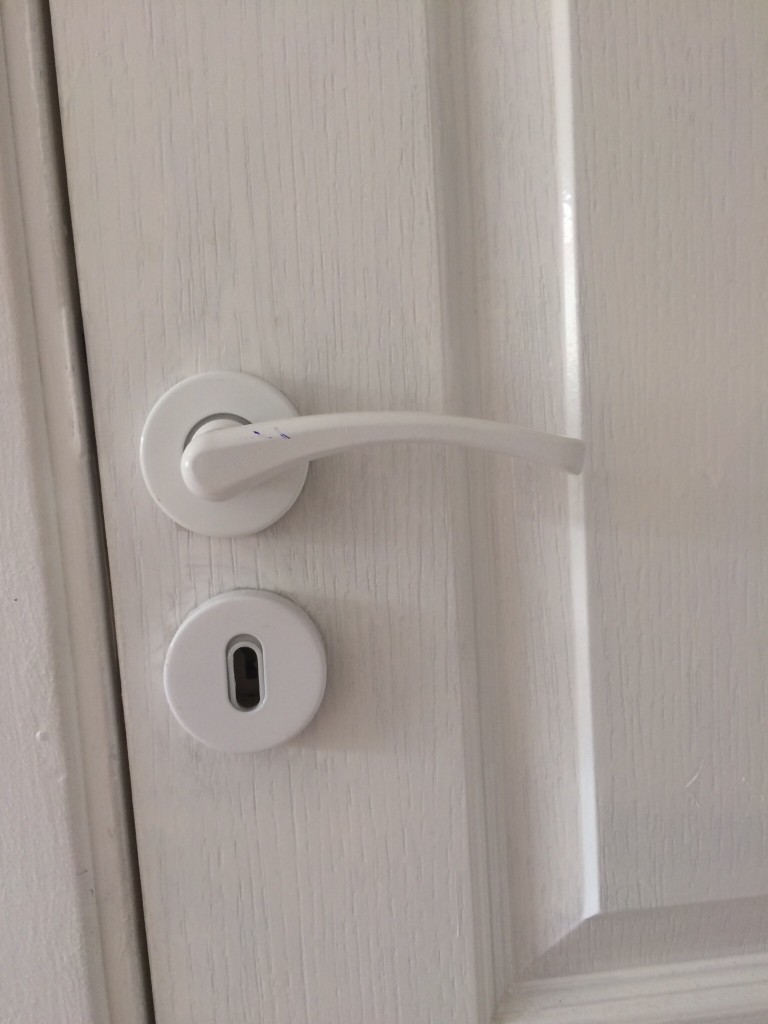 Another practical difference that I love here is the toilet buttons. It’s so much better for the environment I still can’t comprehend why we waste so much water in the U.S. Seriously: push the small or “one” button for, well, number one, or the big/”two” button for number two. What is so difficult about this?! I don’t get it.